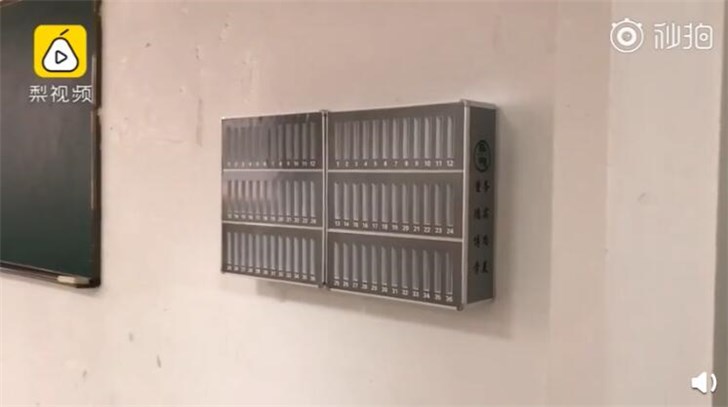 IT Home on March 12 news in the big class of hundreds of people, hiding in the corner secretly playing with mobile phones, have you ever done so? According to Pear Video, Sichuan Normal University installed a sponge mobile cabinet on the classroom wall. Teachers can instruct students to hand in their mobile phones consciously in class. Some students said that they thought they had dodged the cell phone bag, but they didn't expect the cell phone box to come again, but it still had some effect. Teachers agree with this approach, saying that students used to bow their heads to play with mobile phones in class, but now hand them in. Without mobile phones, they can only concentrate on listening, and the efficiency of class has been greatly improved. It is worth mentioning that during this year's NPC and NPC sessions, He Jianzhong, a deputy to the NPC and a model worker, put forward a proposal that primary and secondary school students should be prohibited from bringing mobile phones to schools. According to his classroom survey, the main problems students reflected in their mobile phone learning are affecting learning, interrupting the classroom and so on. Therefore, he said that the relevant departments should introduce relevant provisions to prohibit..