Musk's "self bombing" rocket worth 340 million yuan: SpaceX successfully tests the escape ability of the spacecraft 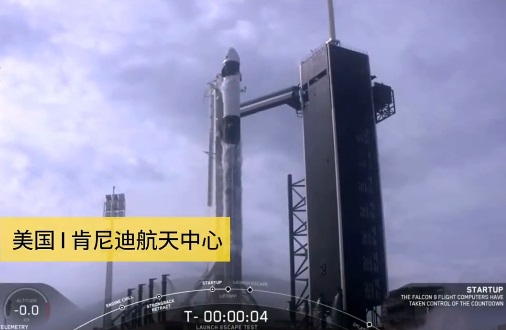 It house January 20 news on January 19, Musk's SpaceX space company conducted a "special test" for NASA: testing the emergency escape system of the SpaceX manned dragon boat. It should be noted that the Falcon 9 rocket may have been destroyed in this test. The whole launch process was very successful. When the Falcon 9 rocket lifted off for about 84 seconds, the spacecraft on the top of the rocket started its 8 escape engines and pushed itself away from the rocket. Then the rocket disintegrated and exploded under strong aerodynamic pressure, falling into the Atlantic Ocean. After leaving the rocket, the spacecraft continued to fly in the form of trajectory, and finally landed in the Atlantic Ocean by parachute. This test mainly simulates the situation that the rocket has an accident in the flight process and the spacecraft starts the engine to leave the rocket in an emergency. According to reports, in order to save testing costs, the official test used a four handed Falcon 9 rocket, which had carried out three missions before. Because the launch was a suborbital flight, only the first stage rocket worked. But the cost of this test is still very high. The total cost of a Falcon 9 rocket is about