PC can also call: Microsoft's your phone app now supports call in and call out 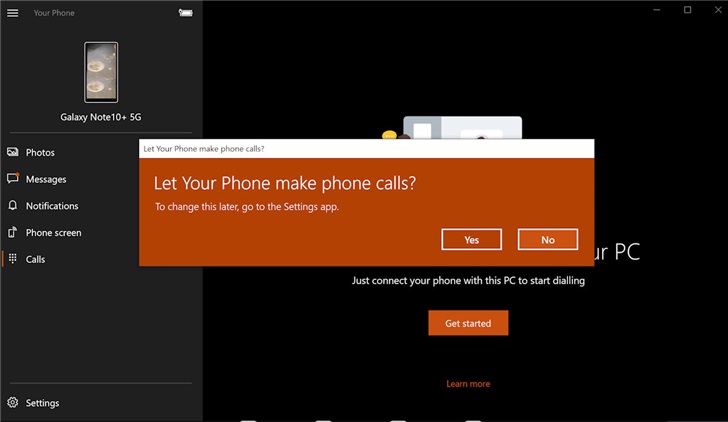 It home January 28 News Microsoft launched the function of making and receiving calls through "your phone" application to windows insiders users in December. Now Microsoft officially launched this function for windows 10 users. Microsoft's your phone app is suitable for all IOS and Android phones, but its performance is more prominent in high-end Android phones (such as Samsung Galaxy note 10). In addition, the phone library function in the app has also been optimized. Users can now use the touch screen on the PC to interact with the mobile phone. Meanwhile, support for dual sim card, new message notification, battery status, wallpaper PC visible function and touch pen has also been added. In addition, support for cross device copy and paste function has also been added.

Read More
Tags: App Microsoft
Prev Cash out $400 million! Bezos' ex-wife sells some Amazon shares
Next Experts respond to whether the holiday needs to be extended again: the longer it is, the better, but balance it
Like